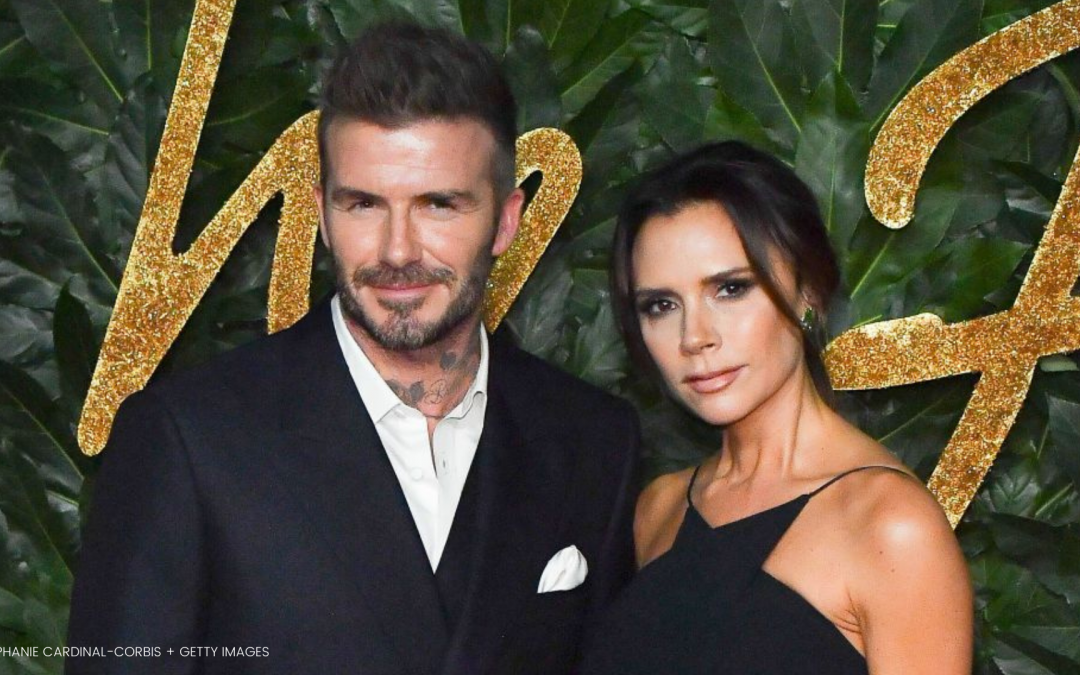 David and Victoria Beckham met in 1997 at charity football match at Manchester United. He was a well- known footballer and she a member of the Spice Girls. They have been together ever since and make quite a formidable team and can certainly be described as a power couple. They have four children and have been together for 24 years which is quite some feat in the celebrity world. Victoria is now a respected fashion designer and David has various philanthropic and business pursuits. What binds them together astrologically….

Victoria’s sense of identity is direct and go getting but she is more private and withdrawn than you would first assume. David is very confident in himself with both the Sun and his ascendant in the same sign. He possibly possesses enviable patience and may not like change.

Therefore the way they go about life is probably very different she probably livens him up and he probably helps her to think before she acts yet they are similar in that they both appreciate home and family.

David’s Sun (his essence) is in a lovely aspect to Victoria’s Ascendant (her social personality) so they feel strongly drawn to each other, experiencing a sense of completeness in each other’s company. David can really shine through his association with Victoria. He appreciates the benefits that this union brings into his life and the way in which Victoria helps him achieve his personal goals. In turn Victoria has a greater sense of well-being through her association with David.

They have a very powerful aspect between them as David’s Venus (his love and romance) is in a very close link to Victoria’s Mars (her energy and drive) and vice versa with her Venus (her love and romance) in a very close link with David’s Mars (his energy and drive) which is the ideal combination for a love union because it creates a strong sexual attraction and compatibility. David and Victoria are likely to fall in love at first sight enjoying a passionate union, the type of love affair featured in romance novels. David and Victoria can rely on the sexual attraction to help them through any troubled times in their long term union. David and Victoria enjoy spending time together, in particular welcoming pleasure trips, romantic outings and artistic activities.

In addition Victoria’s Venus (her love and romance) is in a lovely aspect to David’s Saturn (lord of Karma) the planet Saturn is an important ingredient in any committed relationship. This sombre planet can take away some of the short-term excitement of any union, but on a positive note it adds commitment and security needed for a long-term association. In other words Victoria and David take this relationship seriously. They are devoted to each other and joyful in making promises that they are both able to keep. From the start of their association they enjoy taking their time getting to know each other, experiencing stability and understanding that grows slowly over time. They genuinely love each other and want to work towards a strong partnership. At times Victoria would like more fun and spontaneity, but she appreciates David’s wisdom in slowing things down in order to build a lasting union. Mutual respect is a central theme to this union. There is also a strong feeling of fate in this relationship. Victoria and David may tell a story of how destiny meant for them to be together.

Victoria’s Moon (her emotions) is in a lovely aspect to David’s Uranus (his freedom) the saying ‘expect the unexpected’ could be applied to this combination of Victoria and David’s planets. There is an element of excitement and adventure when Victoria and David get together. They both enjoy the thrill of being in each other’s company exploring new territories together. Many relationships start with the thrill and ardour of romance only to have it fade with the routine of daily life. However, Victoria and David know how to keep the exhilaration for the long term. In particular Victoria is very attracted to David, acknowledging that David adds a lot of spice to her life. She feels life is more joyful since she has met David. Victoria may be the one to nurture some of David’s more adventurous plans or she may simply enjoy going along for the ride. David feels that Victoria gives him companionship and comfort prompting him to new heights of innovative ideas and activities. It’s possible that both Victoria and David enjoy an unusual and innovative hobby or work project.

This is just a snapshot of some of the aspects that appear to be keeping them together as well as them being able to overcome any relationship issues if you are to believe the media. As always nothing is perfect and there are challenging aspects for them to work through as well.

Synastry is a very interesting part of astrology you can compare two charts very easily for any combination of relationships be it from love to family the dates, times and places of birth are all that is needed.